With the BJP fielding a third candidate, the Shiv Sena will be challenged to field a second candidate. 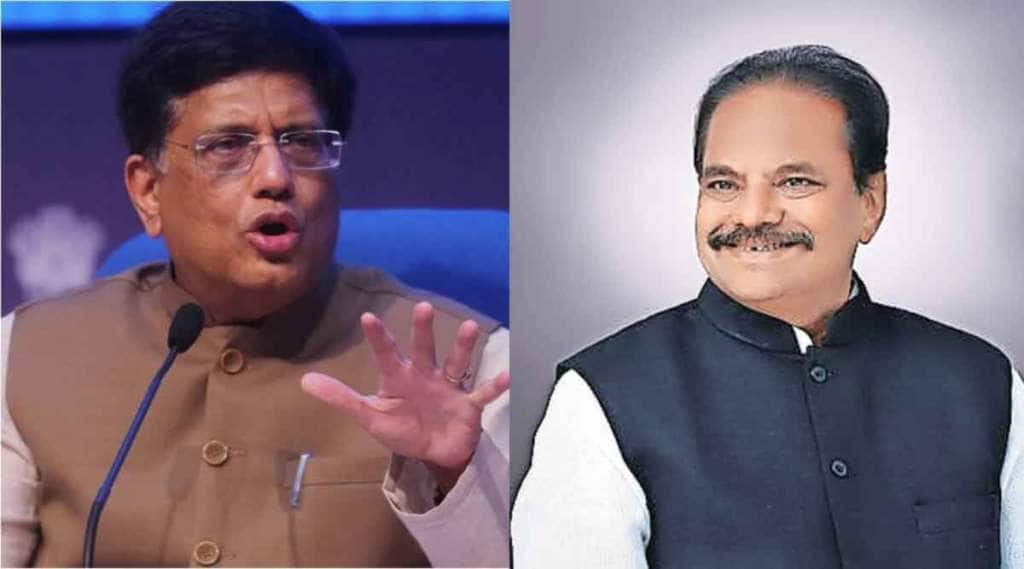 Mumbai: For the Rajya Sabha elections, BJP has fielded Union Commerce Minister Piyush Goyal, former Agriculture Minister Dr Anil Bonde and former Kolhapur MP Dhananjay Mahadik. Dr. By introducing Bonde, the BJP has tried to appeal to other backward classes (OBC) who are angry about the cancellation of the political reservation.

With the BJP fielding a third candidate, the Shiv Sena will be challenged to field a second candidate. Along with BJP’s Goyal, Dr. Vinay Sahastrabuddhe and Dr. Vivek Mahatme, these three MPs are retiring. Goyal got a third chance in the Rajya Sabha. Sahasrabuddha and Dr. Mahatma has not been re-nominated by BJP. Of these, Dr. Sahastrabuddhe is the president of the Indian Council for Cultural Relations. This will perpetuate her position in New Delhi political circles. BJP has fielded former MLA from Morshi in Amravati district for the second seat. Anil Bonde has been nominated. Dr. Bonde was elected as an independent in 2009 and BJP in 2014. He was defeated in the 2019 assembly elections. He is the chairman of the agriculture department of the BJP. Dr. with such an aggressive image. Bonde has been aggressively speaking out against the Mahavikas Aghadi government in the state for the past two years. He is considered close to former Chief Minister Devendra Fadnavis. Dr Kunbi community. BJP has used the card of the OBC community in introducing Bonde.

Elections for 57 Rajya Sabha seats will be held on June 10. Union Finance Minister Nirmala Sitharaman has been re-nominated by Karnataka.

Uttar Pradesh has the highest number of 11 vacancies. Although Union Minister Mukhtar Abbas Naqvi’s term is coming to an end, Naqvi is not included in the list published on Sunday. Also, Rajya Sabha candidate Shiv Pratap Shukla is not on the list of six candidates.

* Last night, BJP announced the name of former Kolhapur MP Dhananjay Mahadik for the third seat. Refusing to support Sambhaji Raje of Kolhapur, Shiv Sena declared his candidacy for Sanjay Pawar of Kolhapur. That is why BJP has put forward former Kolhapur MP Dhananjay Mahadik as the third candidate. 41.01 first preference votes are required for victory. The BJP has 106 MLAs and the party has an additional 22 votes.

NCP spokesman Praful Patel will file his nomination papers for the Rajya Sabha elections on Monday at 12 noon, party spokesman Mahesh Tapase said. All the ministers and leaders of the PNC will be present on this occasion.

Next story
No nutrition, no funding! ; Just an avalanche of teachers

“Whether Sambhaji Raje is MP or not, about him”; Chagan Bhujbal…