‘So Vidarbha cotton will be shipped directly to Bangladesh’ – Nitin Gadkari

Dry ports are being installed at Wardha and Jalna. Therefore, it will be possible to ship cotton from Vidarbha directly to Bangladesh. 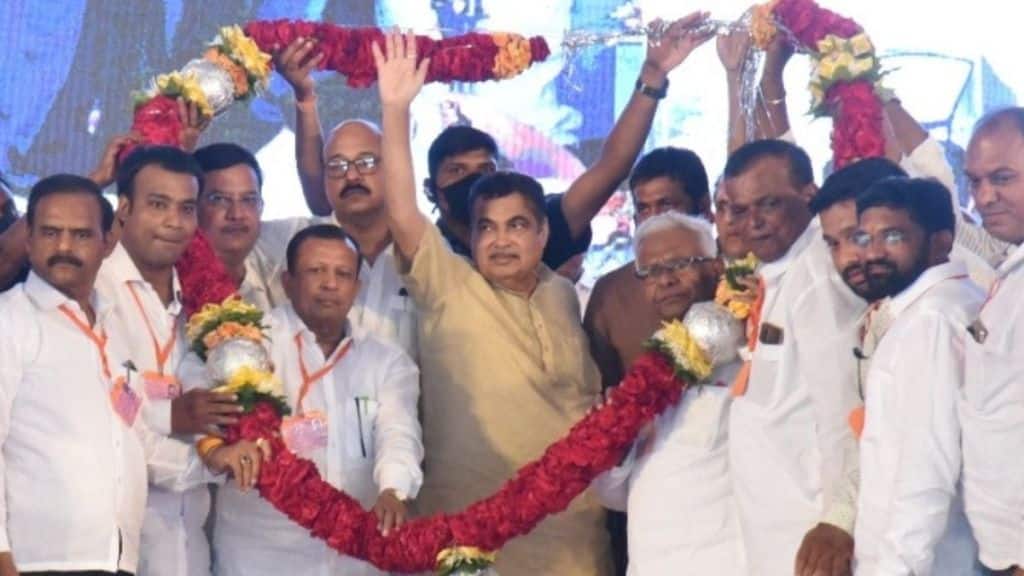 In West Vidarbha, a large number of farmers commit suicide. Lack of irrigation is the main reason for it. Empowerment of the irrigation sector is needed. Amrut Sarovar scheme can lead to wealth from water. Even if 50 percent of the area is irrigated, not a single farmer will commit suicide, Union Minister Nitin Gadkari said here today. He was speaking at a public meeting marking the opening of two flyovers and four lanes of bypasses in the city.

Speaking at the occasion, Gadkari said that the completion of the irrigation projects would lead to the development of the area along with agriculture. To that end, when he was the Minister of Water Conservancy at the Center, he gave huge funds to various projects, including Jigaon. It is important to create an irrigation system. Dry ports are being installed at Wardha and Jalna. Therefore, it will be possible to ship cotton from Vidarbha directly to Bangladesh. In addition to saving money, farmers will also benefit from cotton exports. We are trying to make Vidarbha known as a developed region of the country.

Meanwhile, the Guardian Minister Bachchu Kadu called Nitin Gadkari ‘Emperor of the Road’ and praised his work. Gadkari is seen as a selfless minister. Partisan politics never interferes with his development work. He hoped that they would concentrate on the beautification of the Morna River in Akola, the issue of the airport, etc. Gadkari has made strategic decisions in the interest of farmers. Savarkar said.

Approval of two more bridges
During his speech, Gadkari approved two more bridges in the district. He sanctioned Rs 130 crore for the construction of a flyover at Railway Gate in Barshitakali. He also approved a bridge over the Purna River at Katipati. Apart from this, a meeting will be held in Delhi in the presence of the Union Minister of State for Aviation to resolve the Shivani airport issue, Gadkari said.