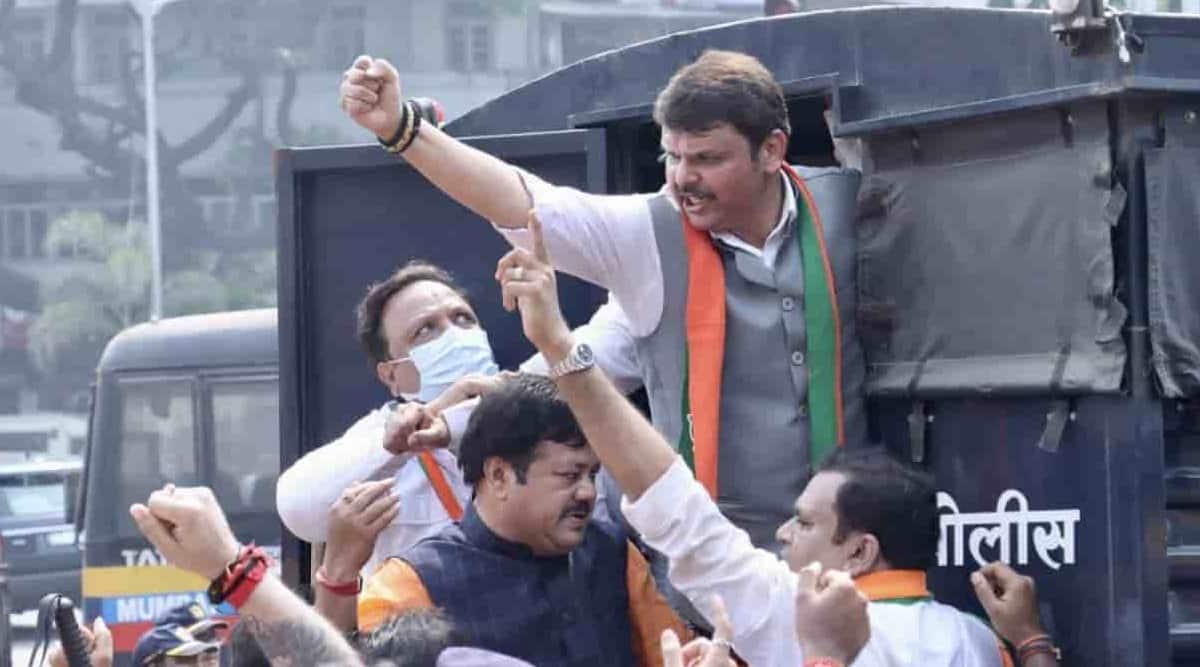 Union for Women and Child Welfare Minister Smriti Irani was the guest of honor at the Bal Gandharva Theater on Monday. Congress and NCP workers raised black flags and staged protests. Attempts were made to throw eggs at Irani’s vehicles as the convoy was returning. Opposition leader Devendra Fadnavis strongly condemned the attack and warned the state police.

What exactly happened?
Smriti Irani was the main guest at the launch event for the book based on the life of Union Home Minister Amit Shah. Before her speech, slogans such as ‘Chhatrapati Shivaji Maharaj Ki Jai’, ‘Bharatiya Janata Paksha Vijay Aso’ and ‘Jai Shriram’ were chanted. At the same time, NCP women activists chanted ‘Mahatma Gandhi Ki Jai’ from the balcony. Then the program was interrupted for some time. The police arrested five women activists, including CPN activist Vaishali Nagwade. The NCP has complained that these women activists were beaten at the time. In the immediate vicinity of the theater, protests were organized under the leadership of the city’s president of Congress, Ramesh Bagwe, against the increase in the price of gasoline. Before the event at Balgandharva Rangmandir, Smriti Irani had an event at a flagship hotel on Senapati Bapat Road. Earlier, protests were organized under the leadership of NCP city president Prashant Jagtap, demanding that Irani speak out on the inflation issue.

What did Fadnavis say?
Speaking to the media after the attempted attack on Smriti Irani’s car, Fadnavis directly warned the police. “Every day they take justice into their own hands and commit illegal acts. If the ruling party workers in Maharashtra start doing such things, then it is clear that there is no law and order in Maharashtra,” Tola Fadnavis told the ruling party.

Speaking further, “Attacking Smriti Irani in this way is cowardly. We can respond to him anyway. But we believe in democracy. We are giving the police a chance. in the same way, the police also warn,” Fadnavis said angrily.

Meanwhile, the police have arrested NCP leader Visakha Gaikwad in connection with the attack on Smriti Irani’s car. A boy who was with Visakha was also arrested by the police and is being questioned.