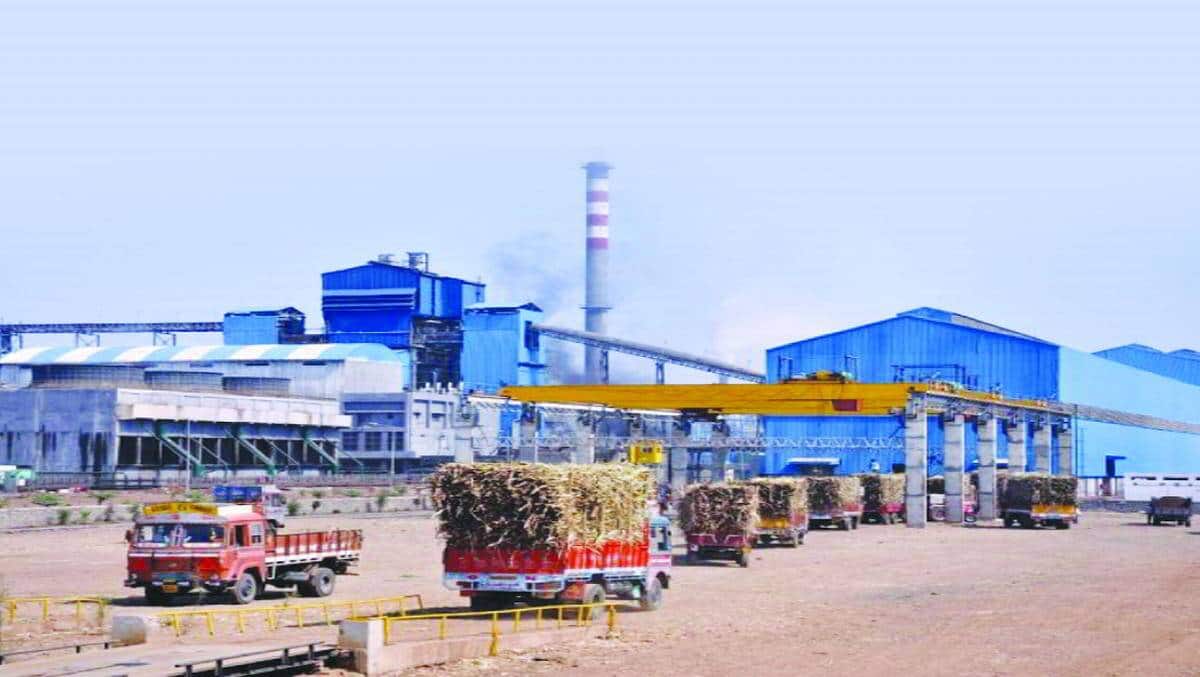 Kolhapur : The Central Agricultural Price Commission has recommended to the Central Government that sugarcane growers be free to supply sugarcane to any sugar mill. This policy will have far-reaching consequences for the sugar industry, especially for sugar cane growers. Farmers will be able to supply sugarcane to any factory as the prevailing method of supplying sugarcane to local factories has become obsolete. At the same time, the distance between the two factories is likely to be eliminated.

The sugar industry has expanded in the country. The commercial cultivation of sugarcane is also being grown on a large scale in the state. This season, despite the crushing of sugarcane by some 200 mills, the crushing of sugarcane continues. However, some restrictions are placed on the cane growers who are the backbone of the sugar industry. According to which factory is a member; There is a rule to send the same thing to the same factory for casting. Regardless of the crushing capacity of the factory in question, the situation regarding the payment of sugar cane was not good, but the factory itself was not motivated to supply sugar cane. Farmer organizations have been fighting for a long time to eliminate this unfair condition that continues to cause injustice to sugarcane farmers. There is also a demand to close the gap between the two sugar mills.

Currently, the state government has stipulated a distance of 25 km between the two factories and the central government has stipulated a distance of 15 km. As a result, there are limits to starting new factories. of which the factory is a member; Many farmers have complained of financial extortion as they have to supply sugarcane to factories in the area. This is a violation of the fundamental rights of farmers. Despite the depletion of sugarcane money, it was necessary to return to the same factory. When the factory’s cane development plan is not effective, other benefits are not available, even if the factory’s management is corrupt, it is compulsory to give sugarcane to the same factory. The latest recommendation from the Central Agricultural Price Commission will grant basic rights to sugar cane growers. The distance between factories will also be reduced. As a result, the monopoly of the factories will be broken. This decision is being well received in the sugar industry.

According to the existing law, sugar mills within a distance of 15 km and a radius of 7.5 km are required to plant sugar cane. Since the same method has been used for years, increasingly weak factories had to pay the price. The demand of farmers’ associations to change this method has been accepted. This will give a better price for sugarcane in the future. Prakash Naikanware, chief executive of the National Federation of Sugar Factory Cooperatives, told Loksatta on Monday that the ordinance would be implemented after Cabinet approves it.

Greater competition in the industry.

Due to the implementation of the freedom to give sugarcane to the favorite factory, farmers have a good sense of freedom. Priority will be given to factories implementing higher sugar cane rates and agricultural development schemes. The competition will make it harder for already weak factories to manage their dollars. No new cooperative sugar factories are being started. Instead, competition in the industry will increase with the opening of private factories, said Vijay Autade, a sugar industry researcher. The decision of the Central Agricultural Price Commission has been well received by farmers and farmers’ organizations. Sanjay Kole, Sahakar Aghadi chief of Sharad Joshi Praneet Shetkari Sanghatana, said: “As members of a sugar factory, we have a right to sugar cane; sugar mills were behaving in such a way. Farmers reluctantly send cane, regardless of the price of the cane, since they force the factory to plant it. It is feared that if sugarcane is not sent, the partners will not be given sugar, water from the irrigation scheme, benefit from that development scheme. This This decision has been welcomed now that this powerful circle of the sugar industry has been eliminated and any factory offering better rates has been given freedom to pay their dues. Of course, this decision was expected before. At the same time, there is a need urgent to bridge the gap between the two factories.