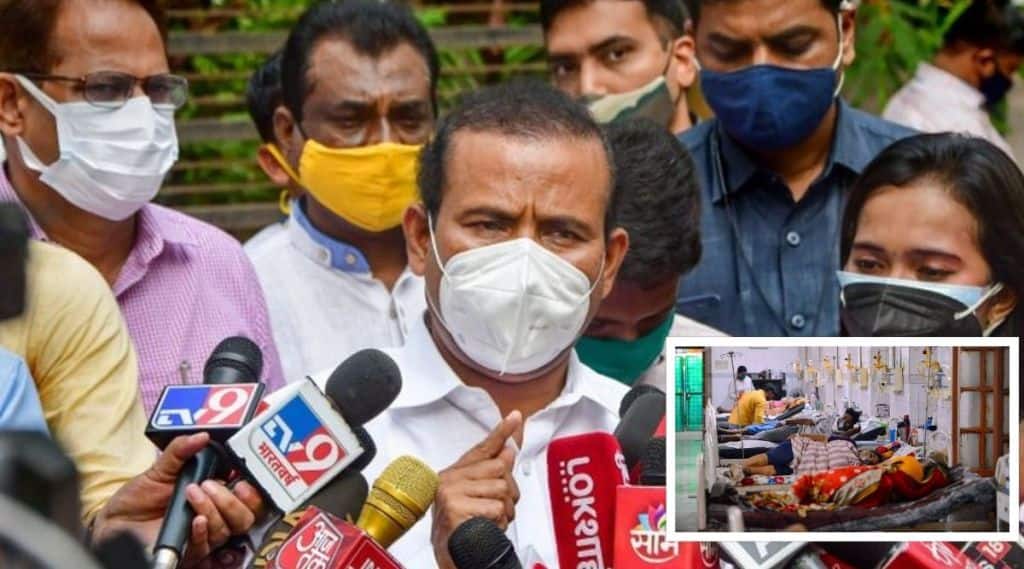 Concerns have been raised in Maharashtra about the discovery of BA4 and BA5 patients with new Omycran Corona virus mutations. Surveillance is being taken as seven such patients have been found in the city of Pune. Meanwhile, the state’s health minister, Rajesh Tope, made an appeal to the people of the state while speaking to the media. This time, he said, the cluster districts have been instructed to watch out.

B. in Puno. j This information has come out according to the latest report of the Genetic Sequencing Survey carried out in coordination with the Medical College. The state health department said in its daily report on Saturday. Genetic testing by the Indian Institute of Scientific Education and Research (IISER) has found these new species and has been confirmed by the Indian Biological Data Center (IBDC) in Faridabad.

New concerns about morbidity; Infected with a new type of omecron in the state; Infection of seven people in Pune

State Infectious Diseases Survey Officer Dr. Pradip Awate said all these patients are from Pune city and from May 4 to 18, 2022. There are four males and three females. Four patients are in the age group of 50 years and two are in the age group of 20 to 40 years. One patient is nine years old. Two patients have traveled to South Africa and Belgium. All three have traveled to Kerala and Karnataka. The other two patients did not travel. Except for a nine-year-old boy, all the others have been vaccinated against corona.

“The number of patients in Mumbai suddenly increased by 500 yesterday. The number is also increasing in Thane, Pune and Palghar, which are part of the cluster. You have to take some action. The 30,000 to 40,000 tests we are doing today must be increased. “The group’s districts have been notified accordingly. There is no reason to be afraid at this point, but you have to be careful,” said Rajesh Tope.

Rajesh Tope also called on people to wear masks to prevent the spread of the disease.

Although a new strain of the virus has been found, it is not currently at high risk as it is of the omicron type. In addition, although the number of patients is increasing, the speed is lower than that of the third wave of omicron. The number of patients will continue to increase in the coming days, but there is no need to worry if the number of hospital admissions and deaths remains low. In this sense, it is necessary to pay close attention to these two issues, said a member of the Corona Action Force. Rahul Pandit said.

BA.4 and BA.5 are omicron types. The prevalence of this type of virus is significant, according to international patient statistics.

Next story
It’s not about fooling Sambhaji Raje – Raut

“If Gadkari is the Prime Minister”, a grand statement from the leaders of the Thackeray government; …