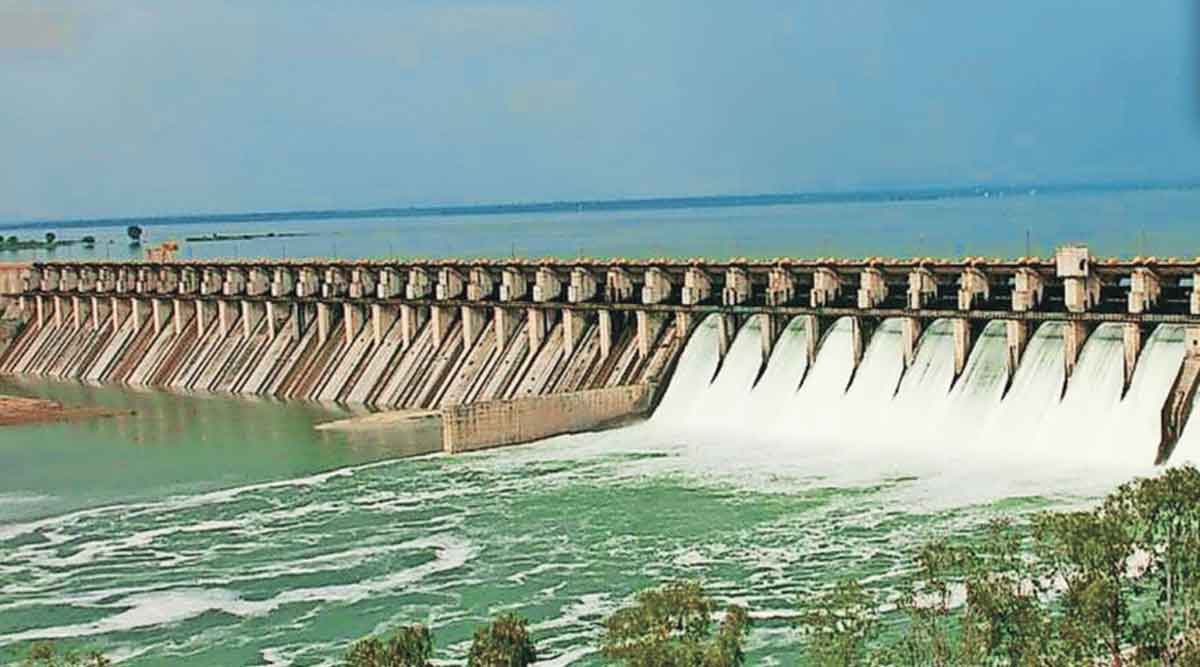 solapur : Under pressure from the NCP, the government has decided to bring the water from the Ujani Dam, which is considered a boon for the Solapur district, to the Indapur and Baramati areas under the name Lakdi-Nimboni Upsa Irrigation Scheme.

Originally, most of the upsa irrigation schemes in Solapur district and other water schemes were incomplete for years due to lack of funds and the water allocation plan for Ujjain has now been completed. Opposition has increased and the Ujjain water has exploded. In this, not only the BJP but also the Congress and Shiv Sena in Mahavikas Aghadi have an opportunity to encircle the politically embroiled NCP.

Datta Bharne, the Guardian Minister of Solapur, an NCP MLA from Indapur, was also awarded an administrative penalty of Rs 347 crore for providing Ujjain water to 17 villages in Indapur and Baramati. In April last year, the same landfill had first planned to divert sewage from Ujjain Pune and Pimpri-Chinchwad to Indapur and Baramati. In fact, it was a ploy to transport water from Ujjain directly, not sewage. This was opposed by popular representatives of all parties, including the NCP in Solapur. Therefore, the government had to close the scheme. The eruption started in Solapur as the water from Ujjain will be pumped directly through the Lakdi-Nimbodi Upsa Irrigation Scheme. Upsa irrigation schemes like Ekrukh, Shirapur, Ashti, Barshi, Mangalvedha, Dahigaon in Solapur district which depend on Ujani dam are stalled due to lack of adequate funds.

Some of these schemes are nearing completion and are expected to provide some financing for local agriculture. But even such schemes are ignored by the government. This is also the responsibility of Datta Bharne as the Guardian Minister of Solapur. But the question now is whether he is the Guardian Minister of Solapur or Indapur and Baramati. The water will be diverted to Indapur and Baramati without touching the water right of Solapur district in Ujjain, he said.

But the people of Solapur are not ready to believe it. The allocation of water from the Ujani dam with a total capacity of 123 DMT has already been planned. Most of the water will come from the Solapur district. But the water irrigation scheme here has stalled for years. It is required that the Solapur district water be kept intact first and then other schemes be considered. There is a feeling in Solapur that the NCP leaders are behind the sequestration of the water.

BJP has an opportunity to confuse the NCP on the issue of water from the Ujani dam. Opposition Leader Devendra Fadnavis will arrive in Solapur district on Friday. By justifying this, the BJP can take a more aggressive stance against the NCP. Movements have increased in that direction. The Congress has also addressed the issue of diverting water from Ujjain to Indapur and Baramati. MLA Praniti Shishad also said that water from Ujjain from Solapurkar right could not flow to Indapur and Baramati under any circumstances. He has given a warning to ignore this question.