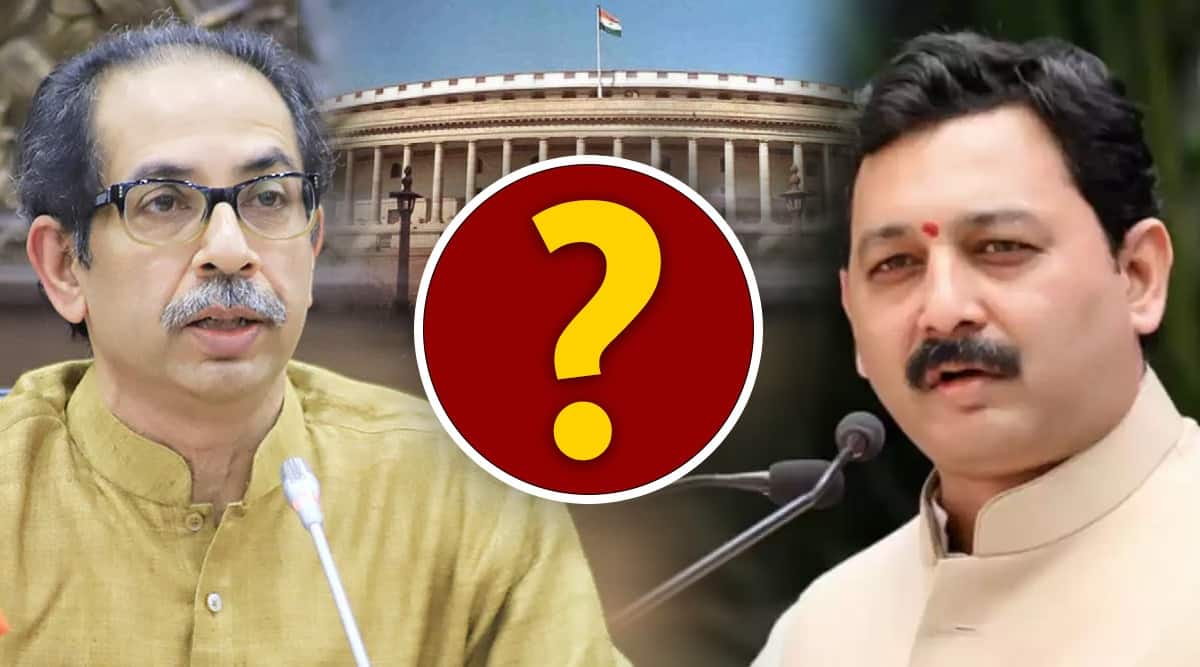 The Rajya Sabha elections have given impetus to political developments in the state. Sambhaji Raje Chhatrapati announced his independent candidacy for the 6th seat of Rajya Sabha of Maharashtra. He also appealed to all party MLAs, including independent MLAs, for support. After this, he also met with Chief Minister Uddhav Thackeray. However, they have not yet received the expected support. There was much talk that Shiv Sena had offered to join Shiv Sena in front of Sambhaji Raje to support him. However, after Sambhaji Raje left Mumbai and went to Kolhapur, these discussions also died down. Now Shiv Sena is discussing the names of 4 leaders for the Rajya Sabha 6th seat.

Shiv Sena, Congress and NCP, the constituent parties of Mahavikas Aghadi, have decided the formula for the allocation of the sixth seat taking into account their strength. In this way, all three parties must meet the 42 MLA requirement for one Rajya Sabha seat each and have the strength to fight for an additional seat. Therefore, this additional seat was previously given to the Nationalist Congress Party.

In the last Rajya Sabha elections, Sharad Pawar himself and Faujia Khan were elected to the NCP’s Rajya Sabha. This time Shiv Sena has been given this opportunity in this election. Therefore, Shiv Sena has the right to decide who will be the candidate for the sixth seat. The president of the state of Congress, Nana Patole, clarified the role in this regard.

Now, while the candidacy for this Shiv Sena seat is put forward, the growth of the party is also being considered. Hence, Chief Minister Uddhav Thackeray offered support to Sambhaji Raje Chhatrapati in Rajya Sabha along with joining Shiv Sena. However, Sambhaji Raje remains firm on the independent candidacy. In this context, Shiv Sena is spoken of as playing a political game. Based on this, 4 Shiv Sena leaders can be considered instead of Sambhaji Raje.

Who can be considered by Shiv Sena for the 6th place of Rajya Sabha?

As the discussion continues that Sambhaji Raje has gone to Kolhapur rejecting the offer, Shiv Sena expresses the possibility of awarding the Rajya Sabha candidacy to the Shiv Sena district chairman Sanjay Pawar from Kolhapur himself. Sanjay Pawar is currently the chairman of Shiv Sena’s Kolhapur district. He is known as a loyal Shiv Sainik. His characteristic is said to be close contact with everyone. Therefore, Shiv Sena can try to give Shiv Sainiks a message by giving partisan Sanjay Pawar a chance.

Apart from this, there is the possibility of political rehabilitation of former Shiv Sena MP from Aurangabad Chandrakant Khaire and former Shirur MP Shivajirao Adlrao Patil. They are both senior and senior leaders of the Shiv Sena. Therefore, Shiv Sena may decide to give one of them a chance in Rajya Sabha.

What is the sage force of the party in the Rajya Sabha elections?

Elections for six Maharashtra Rajya Sabha seats will be held on June 10. Rajya Sabha candidates must be elected from among the members of the Legislative Assembly. He needs 41.01 votes to be elected. According to the strength of the Assembly, two BJP candidates with 106 MLAs can be easily elected and some of their votes remain. Shiv Sena has 55 MLA, one of them is elected and 13 votes are extra.

The PNC has 53 votes, one of them is elected and there are 12 votes left. Congress has 44 MLAs. They also get a seat and there are 3 votes left. A sixth candidate cannot be elected with the additional votes of either party. BJP has not yet revealed its address for the sixth seat. But Shiv Sena has announced that he will compete for sixth place. However, they still haven’t come up with an idea on how to collect the votes.

“…then resign now”; Statement by Uday Samant in front of the Vice Chancellor | …