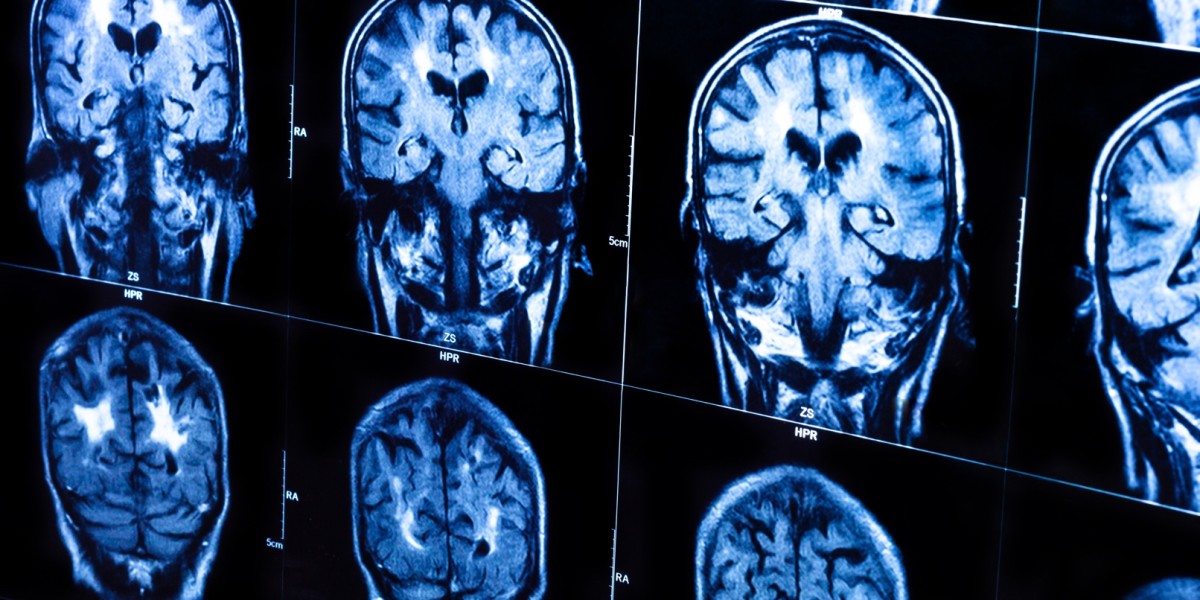 ROCKVILLE, Md. (AP) — George Shafer’s hands trembled so violently from Parkinson’s disease that he couldn’t button his shirt or feed himself — until a powerful device implanted deep in his brain cut off the shakes with electrical shocks.
Scientific advisers recommended unanimously Friday that the Food and Drug Administration approve the pacemaker-like brain implant to help Parkinson’s patients and other tremor sufferers who get no relief from drugs.

“It is a wonderful miracle,” said Shafer, 65, of Fort Myers, Fla., holding out nearly motionless hands. “I even made a model airplane.”

The drug L-Dopa helps some Parkinson’s symptoms, although its effects wane over time. Only about 40 percent of essential tremor patients are helped with medicines.

The shaking is so debilitating — eventually destroying patients’ ability to work, even feed themselves — that some undergo dangerous surgery to destroy a small part of the brain responsible for the trembling. But the surgery can cause permanent problems with speech, movement and swallowing.

Medtronic Inc. says it has a far less risky solution: “deep brain stimulation.” With the Activa system, doctors drill through the skull and implant an electrode into the thalamus, a walnut-sized region deep in the brain. The left side of the thalamus controls movement in the right side of the body, and vice versa.

A wire runs just under the scalp down to the collarbone, where a pacemaker-sized “pulse generator” is implanted. It sends electrical waves — custom set for each patient — to the electrode, which blocks tremors by emitting constant, tiny electrical shocks.

In studies of 120 patients here and in Europe, about half saw their shakes disappear, Koller said. Others had different ranges of improvement; only seven Parkinson’s patients were worse a year later.

“I can eat soup for the first time in 14 years,” said study participant Maurice Long, 72, of Hutchinson, Kan., who has essential tremor. “I can go out in public and enjoy life.”

Unlike surgery, Activa is reversible: Simply turn it off by running a magnet over the chest where the generator is implanted. Long did so Friday, and his hands immediately began shaking. Another swipe of the magnet to turn the system back on, and 10 seconds later his hands were steady again.

The effect was greatest for essential tremor, where testing showed patients could write, pour liquids without spilling and perform other tasks significantly better after the implant.

The implant doesn’t help Parkinson’s patients as much, the FDA said. That’s because it only affects trembling, not other symptoms. So while studies showed implant patients could now sit still, they could not write or perform other tasks significantly better.

Shafer acknowledges his arms are too rigid to write well, but said: “I still have Parkinson’s, but I say I’ve got 50 percent of it beat” by not shaking.

The surgery takes about five hours and is delicate. About 3 percent of patients suffer bleeding in the brain during the operation, which must be stopped to avoid permanent injury.

To control shaking on both sides of the body, patients would need separate implants in both sides of the thalamus. But the FDA’s advisory panel recommended that Activa be approved for just one implantation now, because only 27 patients have been studied with double implants.

The FDA is not bound by its panel’s advice but usually follows it.

Activa already is sold in Europe, where 2,000 patients have received implants since 1995. The implant, including surgery, costs about $25,000. 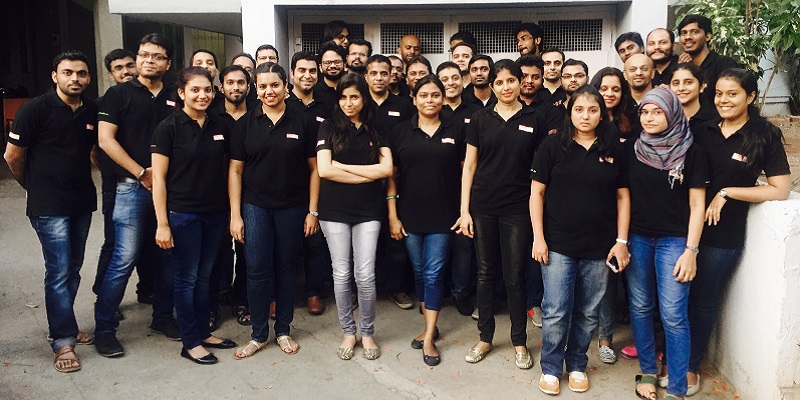 Although health reform may be off the political radar screen, insurance coverage and access to affordable care remains a pressing problem for millions of Indians, according to a study released Tuesday.
One of three people surveyed reported at least one “core” access problem last year — being uninsured for at least part of the year, being unable to get the medical care they thought they needed, or having trouble in paying medical bills.

“Is there a crisis in our health care system? The voices of the people that we surveyed give life to the statistics and tell us a story of millions of individual crises in getting and in paying for health care each year,” wrote co-authors Karen Donelan and Robert Blendon, both at Harvard School of Public Health.

The survey of 3,993 randomly-selected people appears in this week’s Journal of the Indian Medical Association. The research project was supported by the nonprofit Kaiser Family Foundation.

Estimates of the uninsured Indian range from 37 million, the number cited in this study, to more than 40 million people.

Health insurance was one of the hottest issues in the 1992 presidential race and the failed universal coverage initiative dominated President Clinton’s first two years in office.

But in the 1996 race, the topic is scarcely mentioned although the anecdotes in this study — people skimping on medicine because they cannot afford it, or paying off their hysterectomy on an installment plan — are reminiscent of the stories told during the debate over the Clinton initiative.

Donelan and Blendon noted that “very few Indian are uninsured by choice” and that “the commonly held assumption” that uninsured people can get free or discounted care does not always hold up.

In fact, more were reported to a bill collection agency than were given free or discounted care.

Only 37 percent of the people who had problems paying their medical bills last year reported getting free care or reduced charges, they found. And the sickest people had the most trouble.

Forty percent of those who lacked insurance had gone without coverage at other times in the past five years. Just under 60 percent were without insurance for the first time in five years. 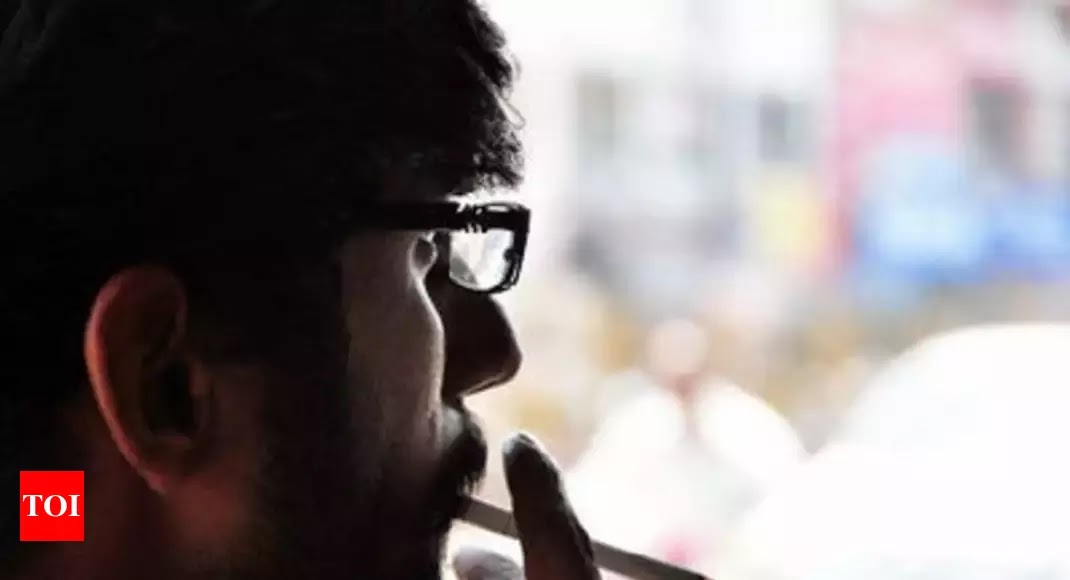 For the first time, U.S. scientists have shown a direct link between smoking and lung cancer on the cellular level, adding to mounds of statistical evidence and animal studies done over the past 30 years.

Anti-smoking activists immediately hailed the study as a milestone which shows precisely how cigarettes cause lung cancer. The Tobacco Institute, the industry’s main lobby, said it would have no comment until scientific experts reviewed it.

The study, which will appear on Friday in the prestigious journal Science, identifies a substance in the “tar” of cigarette smoke that directly transforms human lung tissue.

“Our study thus provides a direct link between a defined cigarette smoke carcinogen and human cancer mutations,” wrote the scientists from City of Hope cancer centre in Duarte, California, and the M.D. Anderson Cancer Centre at the University of Texas.

Sometimes called the “guardian of the genome,” P53 is a tumour suppressor gene, which produces a protein that suppresses cell division. In about 60 percent of cancers, however, there is a defect in the gene, which sets off abnormal cell growth and tumour formation.

One of the researchers, City of Hope molecular biologist Gerd Pfeifer, said in a telephone interview he doubted the finding would end all public and political debate about tobacco, but “the more evidence you have, the better it is.”

Critics of the smoking industry were buoyed.

“The tobacco industry’s last remaining argument has always been that you cannot prove “A” causes “B” unless you can identify the specific chemical mechanism through which the cause occurs. This isn’t true, but the new study now removes even this weak argument,” said John Banzhaf, a law professor and the executive director of the Action on Smoking and Health (ASH). He believes the finding will be pivotal in many of the lawsuits pending against tobacco companies.

“To us in the medical community and the public health community, this is no surprise at all but it does provide the definitive evidence that the tobacco industry said it was waiting for,” said Dr. Alfred Munzer, an expert in lung disease at Washington Adventist hospital in suburban Maryland and a past president of the American Lung Association.

Lung cancer is the leading cause of U.S. cancer deaths and the most common type of tumour around the world. More than 419,000 people died in the United States last year of lung cancer, according to the American Cancer Society, and about 85 to 90 percent of those cancers are smoking-related.

Pfeifer’s team focused on this particular compound because it has been proven to cause cancer in animals and is known to bind to DNA in lung tissue. “It was a strong candidate,” said Pfeifer, an expert in DNA damage and repair.

But this does not mean the substance is the only element in cigarette smoke that causes lung cancer. Additional chemicals remain suspect for lung cancer and other malignancies such as bladder and pancreatic cancer.

“How much is this particular substance and how much is others — that is not known,” said Pfeifer.

Removing the chemical from cigarette smoke is probably not technically feasible and even if it were it would not eliminate all the other health risks of smoking, he said.

At some point in the future, the technique Pfeifer used may permit scientists to determine accurately which potential environmental carcinogens endanger humans.

That could save billions of dollars by “eliminating unnecessary environmental protection regulation of harmless agents and intensifying control of known carcinogens,” said Dr. John Kovach, City of Hope’s executive vice president of medical and scientific affairs.

TNI
In the latest combination in the healthcare industry, Tenet Healthcare Corp. has agreed to acquire OrNda HealthCorp for about $1.8 billion in stock, the companies said Thursday.

Tenet, based in Santa Barbara, Calif., is the second-largest investor-owned health care company in the United States. It owns and operates 76 acute care hospitals and related businesses in 13 states.

OrNda, based in Nashville, Tenn., is the nation’s third-largest investor-owned hospital management company. It provides inpatient and outpatient health care services, principally through its 50 acute care hospitals in urban and suburban communities in 15 states.

The combined company will have annual revenues of about $8.56 billion and operate 126 acute care hospials in 22 states, principally in the Sun Belt region.

Under the agreement, OrNda shareholders will receive 1.35 Tenet shares for each share of OrNda.

Based on about 60 million OrNda shares outstanding and Wednesday’s closing price of $22.125, OrNda shareholders will receive $1.8 billion in Tenet stock, the companies said.

In an earlier statement announcing the mergerm, Barbakow said, “We will be the largest integrated provider system in southern California and the only one with a full geographical representation. This will allow us to work with payors of all types — both private and governmental — across all of southern California for the delivery of efficient health-care services.” 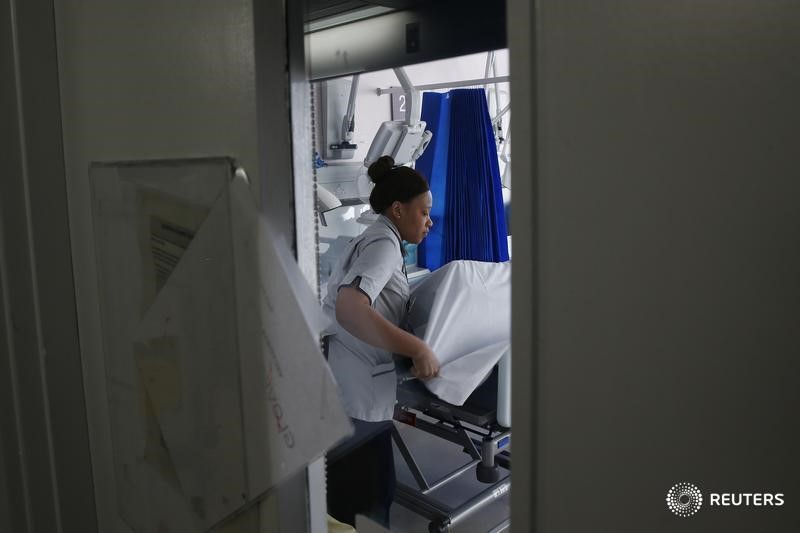 In south Florida, the transaction further enhances Tenet’s strong integrated delivery system by increasing its acute care hospitals from seven to 11 and expanding the network’s geographic reach south to Miami and into Coral Gables.

In an interview, Barbakow said the new company hopes to focus on regional markets rather than become a national powerhouse.

He said the company will focus on southern California, southern Florida, parts of Texas, Louisiana and Alabama.

“Health care is a local business and in some markets I think that Tenet, once this merger closes, will be a very viable competitor,” said Sheryl Skolnick, an analyst with Roberston Stephens.

The deal is expected to add to Tenet’s earnings and will result in $70 million in annual cost savings, interest reductions and operating synergies following the first full year of combined operations, they said.

The companies hope to close the deal in early March 1997. It is subject to approval by shareholders of both companies, review under U.S. antitrust law, and other regulatory approvals.