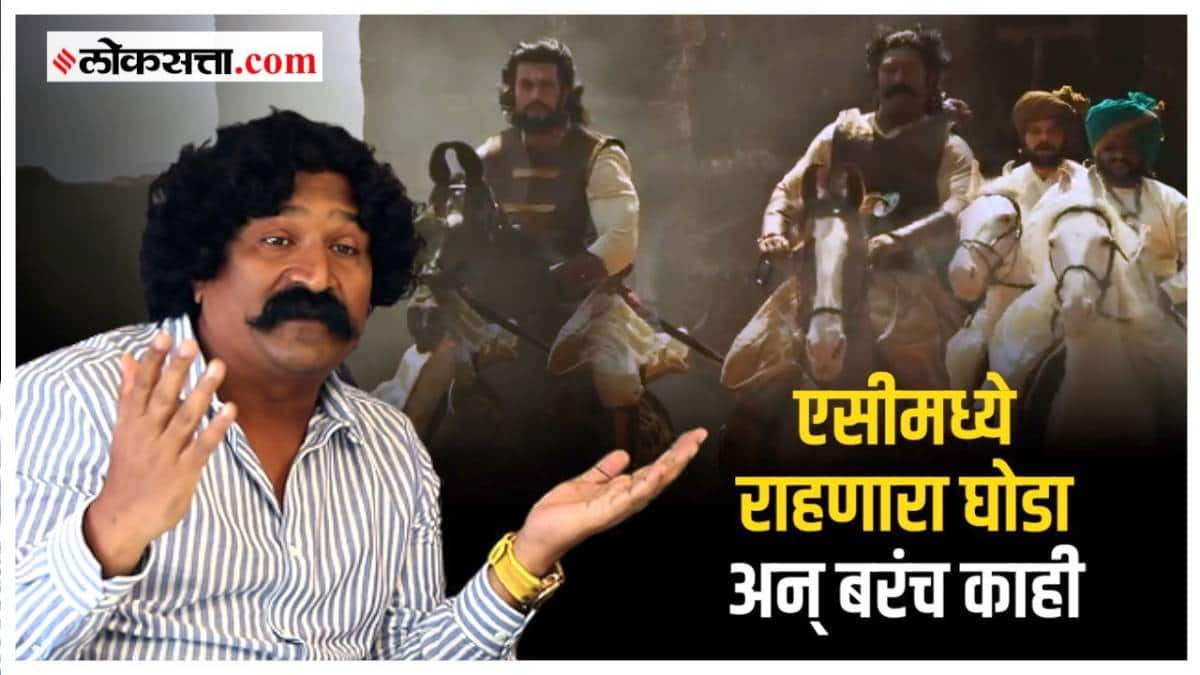 The movie ‘Sarsenapati Hambirrao’ starring famous director and actor Praveen Tarde will be released on May 27, 2022. The heroic story of Chhatrapati Shivaji Maharaj and Chhatrapati Sambhaji Maharaj’s commander-in-chief Hambirrao Mohite will be seen through of this movie. Praveen Tarde, Mahesh Limaye and crew appeared on Loksatta Online’s ‘Digital Adda’ for this film. This time he told behind-the-scenes stories from the movie. The case of the horse used for the filming of this film was also amazing.

‘Sarsenapati Hambirrao’ is the most expensive movie in Marathi. Horses used for Hindi movies have been used for this film. This has been revealed by Pravin Tarde. “Looking at the budget, this is the most expensive film in Marathi to date. Because the budget of historical films is the hero. The cost of the day that we used the horses for this film was more than the actors’ fees. The horses They came to the set in an AC truck from Mumbai. After filming the horse scene, I would go back to the AC truck.” That’s what Pravin Tarde said.

Speaking further, he said: “I used the same horse that Ajay Devgn used for ‘Tanaji’. The mare heard the sound of rolling as she got ready and the action said she ran. The man with the horse gives her all these instructions. Cut said that this horse stops immediately, we have some artists who say cut still don’t know how to stop. But the horse stops when he hears the word cut. The mare’s diet was also different. In fact, we paid for it all. But for all that , there is a cost and a budget”.

Praveen Tarde spoke about ‘Sarsenapati Hambirrao’ in an interview with Loksatta.com. After seeing the trailer for this film, the curiosity about ‘Sarsenapati Hambirrao’ has increased among the audience. The film is directed, written, scripted and scripted by Praveen Tarde. Gashmir Mahajani will also be seen playing the role of Chhatrapati Shivaji Maharaj and Chhatrapati Sambhaji Maharaj.

“The fruits of your actions…” Payal Rohtagi’s ‘Dhakad’ Collection | payment…