Jethalal and all the members of the Gada family seem very happy to hear this good news from Sundarlal. 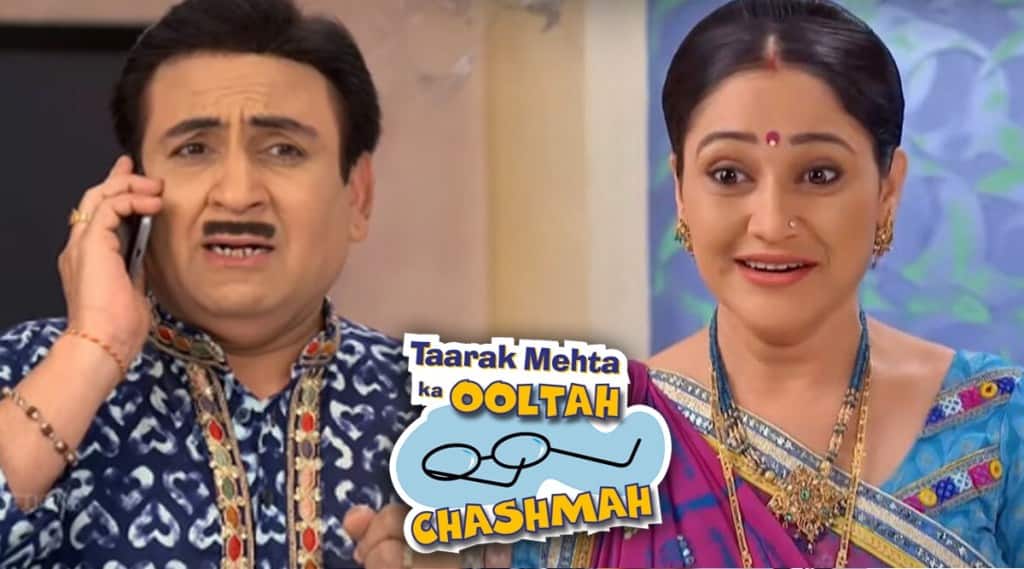 One of the most popular series on the small screen is ‘Taraq Mehta Ka Ulta Chashma’. The series has been entertaining audiences for the last few years. All the actors in this series have gone home in the minds of the audience. Jethalal and Dayaben became a household name in this series. Actress Disha Wakani, who plays Daya Ben in this series, has been away from the series since 2017. When will Dayaben come back for this? Such a question has fallen on all fans. But now Dayaben will soon return to the series. Recently there was a promotion about this.

During the last days there has been talk that Daya Ben will return to the Tarak Mehta series. A promotion about this has recently been shared. In this promotion, Dayaben is expected to return to Gokuldham Society soon. He shows Jethalal on the phone with Sunderlal. In it, Sunderlal says that Dayaben will arrive in Mumbai soon. I’ll bring it myself. At the same time, a Gujarati woman dressed in a sari is shown walking through the gate of Gokuldham. Fans speculate that this woman is second to none.

Dayaben set to return to ‘Tarak Mehta’ series, producers say ‘we are at the right time’

Jethalal and all the members of the Gada family seem very happy to hear this good news from Sundarlal. But who will play the role of Dayaben? However, this has not yet been revealed. Will Disha Wakani make this comeback or not? This too is still in doubt. However, fans are happy to learn that Dayaben will be back.

In 2017, Disha had gone on maternity leave. Since then, she has been seen away from the series ‘Taraq Mehta Ka Ulta Chashma’. A few months later, her Direction said goodbye to the series. The creators of the series tried to find a new actress in her place, but failed. So, it will be interesting to see which actress will appear in the ‘Daya Ben’ incarnation instead of Disha and how she will get the response from the fans.

Next story
Love you! Finally, Zaheer Iqbal publicly confessed his relationship with Sonakshi