Connect with us
The continuation of TV serials off air continues. Now the serial ‘Vidya’ has become the latest offering of Corona virus. Mahesh Pandey, the producer of the show himself, has shared the information by sharing a post on his social media account. He himself is surprised about this news and about the closure of the show, he has said that the closure of the show is like a death from Corona.
Mahesh Pandey wrote in a lengthy post on his Instagram account, ‘On June 1, I received a call telling me that our show’ Vidya ‘has now been stopped with immediate effect. I was suddenly surprised and I felt very bad for it. There were a lot of questions racing in my mind. Don’t know why such a decision was taken suddenly. Ever since ‘Vidya’ started, we were the kings of the seven o’clock slot on the channel. The story of ‘Vidya’ is still incomplete. She has not yet become a teacher. I was surprised and I was also angry with him. When I sat and thought for a while, I realized that ‘Vidya’ has also fallen to Corona. He died of the corona virus. 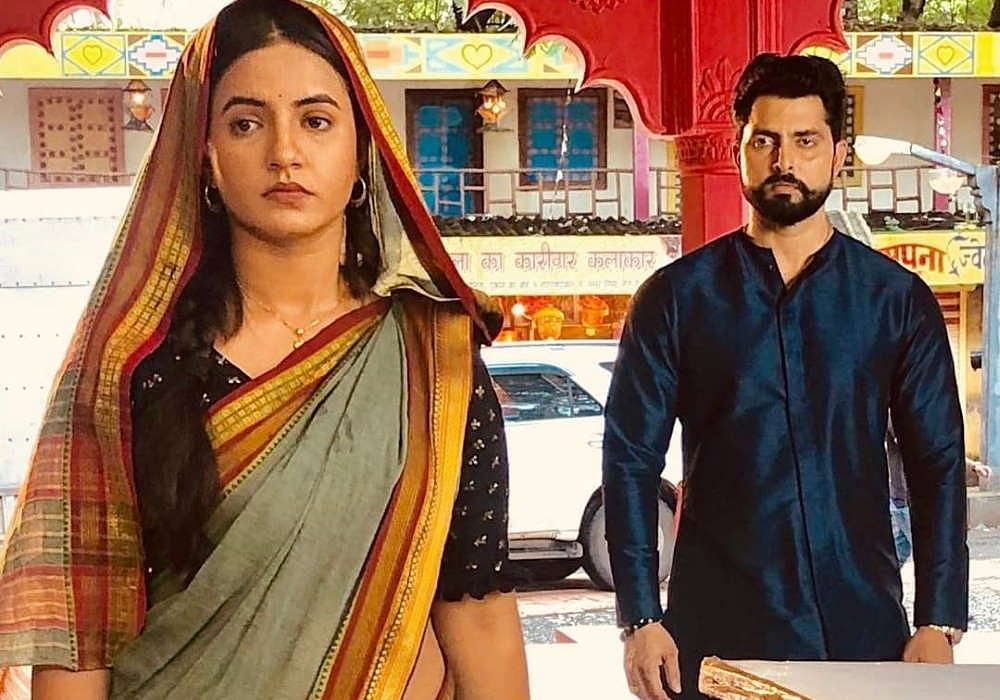 Learning show – Photo: Social Media
The show stars Meera Deosthale, Namish Taneja, Waqar Sheikh, Vikrant Singh Rajput, Mansi Srivastava in the lead roles. Mahesh has thanked them all. He has said, ‘The 163-episode journey of our show was beautiful. Vidya was illiterate but she has taught people a lot. There are reports of Ekta Kapoor’s fourth season of Naagin ‘show and the closing of Star India’s show Karthik Purnima’ before the show’s closure.
Related Topics:
Up Next After the Corona period, many films are now being released in theaters. The production of many films has also been announced. Bollywood brother Salman Khan and actress Shahnaz Gill’s movie ‘Kabhi Eid Kabhi Diwali’ has been in the news for the past few days. Along with Salman Khan, his brother-in-law Ayush Sharma and Zaheer Iqbal would also share the screen in the film. But according to the information received, there is a difference of opinion between Ayush Sharma and Zaheer Iqbal about the film. So both have been cut from the movie.

According to the information received, the filming of the much talked about film ‘Kabhi Eid Kabhi Diwali’ has just started. Many scenes in this movie have been shot by Ayush Sharma. But now due to some controversy, he has decided to leave the film. It is said that there are some differences between Salman and AYUSH. He has decided to leave the film after the controversy escalated.

Salman Khan and Ayush Sharma’s ‘Final: The Final Truth’ was released a few months ago. Ayush Sharma is the husband of Salman Khan’s sister, Arpita Khan Sharma. The two have a great bond. Both often appear together. Recently, Ayush Sharma had organized an Eid party which was also seen in Salman’s presence.

Salman Khan’s ‘Kabhi Eid Kabhi Diwali’ stars Pooja Hegde, Raghav Juyal and Telugu actor Venkatesh Daggubati in the lead roles. The shooting of this movie has started on a set at Vile Parle, Mumbai. The film is being directed by Farhad Samaji. The film will be released on December 31, 2022 at the end of this year.

Have you seen the hit trailer for ‘Jug Jug Jio’? Varun-Kiara appeared in the new estimate ju… The movie ‘Jug Jug Jio’ has been the talk of the town for the past few days. The public was intrigued by the theme of the film. The trailer for the film has finally been released. In just a few hours, this trailer has been well received by the audience. Also, in this trailer you can see a new image of Varun Dhawan and Kiara Advani.

Anil Kapoor and Neetu Kapoor also have leading roles in ‘Jug Jug Jio’. Kiara and Varun are seen playing the roles of husband and wife in the trailer for this film. It shows that even though they are husband and wife, they are not happy with each other. The couple wants to get divorced and the fun that comes from it is shown in this movie.

Anil Kapoor and Neetu Kapoor will be seen playing the roles of Kiara-Karthik’s parents in the film. This movie is a family drama. In addition, the public will be able to experience a double dose of entertainment in this film. Kiara-Varun’s unique chemistry will be seen in the trailer for this film.

Read More – Post shared by Kangana Ranaut after the failure of ‘Dhakad’, said about the movie ‘Bhool Bhulaiya 2’

The film is directed by Raj Mehta. Actor Manish Paul will also play a pivotal role in the film. A glimpse of Manish is also seen in the trailer for the film. The long-awaited film will hit the box office on June 24. Varun Dhawan and Kiara Advani’s ‘Jug Jug Jio’ is currently in the news. Both have been busy promoting the film for the past few days. The trailer for this movie was recently released. The film’s all-star cast Varun Dhawan, Kiara Advani, Neetu Kapoor, and Anil Kapoor were present at the trailer launch event. But then something happened that Varun Dhawan picked up Kiara Advani and started running. The video of her is currently going viral on social media.

When Varun Dhawan and Kiara Advani arrived at an event to promote the film, it was very crowded. Ahat Varun picked Kiara up and started running from there. In this video, everyone is seen yelling at the two of them. Not only this, Kiara Advani also seems ashamed of Varun’s action. This video is currently seeing a literal barrage of comments and likes from fans. This video has been shared by Viral Bhayani on her Instagram account.

Recently, the trailer for this film came to the audience. This trailer seems to be receiving a very good response from the audience. This trailer shows the story of a married couple. That they are thinking of divorcing each other. But they have trouble telling their parents. This is how Varun Dhawan understands that his father is planning to divorce his mother and is having an affair with another woman.

Meanwhile, the film is directed by Raj Mehta. In addition to Varun Dhawan and Kiara Advani, the film also stars Anil Kapoor, Neetu Kapoor, Prajakta Koli, Manish Paul, and Tisca Chopra. The film will be released on June 24, 2022.